In 1657 Cornelis himself died, by that time being a rich man, owning the main mansion of the Hof, five of the smaller houses belonging the complex, stables, gardens and a considerable piece of land.1 He was probably buried in the Driefaltigheitskirche, where the van Nijendaels and Otto Jageteuffel were also buried.

Cornelis van Mander, unlike his older brother, must have been a difficult person if we can trust the testimony of the pastor of the church, A. Michaël Zwergius.2 At the time of this death Cornelis had not been to church for 18 months, but instead he was often found lying on his back in his garden, or picking fruit from his trees. Even worse, he was often found drunk in the local inns, fighting with people, going around town and even on the castle grounds, screaming and scolding.3 His oldest sons had already left the family home to live with other people as Cornelis regularly mistreated them. Sensing that his end was near, he sent some of his masons to the pastor to ask him to come to his house and give him the (Lutheran) last communion, but the priest was only prepared to do so if van Mander promised to better his life. After the third mission by the masons, the pastor finally went to van Mander’s house but arrived too late.

The life and education of Cornelis van Mander up until 1639 remains obscure. But his marriage brought him into the strong family network of the van Nijendaels, and more specifically the ‘sub-network’ of Jan van Nijendael in Schleswig that later extended to Aabenraa. On the one hand the members of the family earned their living with art. Here they were skilled in all the relevant disciplines: from refined wood and ivory turning work, via painting, engraving and architecture, to monumental sculpture and decorative stonemason work. But there was also the trade in stone and the production of brick and roof tiles. The main commissioner of the family was Friedrich III von Schleswig-Holstein-Gottorf who since the early thirties had plans to obtain the monopoly on the silk trade from the Persian Shah. Even when these plans turned out to be impossible, Friedrich III continued to transform Gottorf Castle into an important European centre of culture and learning by concentrating on building up his library and well-known Kunstkammer, on astronomy and botany, for which Adam Olearius acted as project leader. Apart from Jan, Cornelis and Otto, over time there were many more artists working for Friedrich III, such as Julius Strachen, Jürgen Ovens,4 Broder Matthiesen and August John. But they do not seem to have belonged to such a strong family network as the van Nijendaels.

In the 1640s, when war was raging through Schleswig-Holstein, Cornelis van Mander went to Utrecht where he at some point took over a lawsuit of his brother Karel van Mander III in Copenhagen, who from there represented the interests of another member of the Van Nijendael family, Aeltgen, whose father Willem van Nijendael was a silversmith in Helsingør. Here we can see how useful these family networks were and how they functioned over more than one generation.

The connection to the court did not end with the death of Cornelis as his son Johan van Mander (1641-1689) became the next court artist in the van Mander family, first in Gottorf, under Christian Albrecht, and later on in Copenhagen, where – in the 1670s – he received many commissions from King Frederik III and Queen Sophie Amalie. From c. 1680 onwards Johan worked for the count at Schloss Gottorf again, until his death in 1689.5 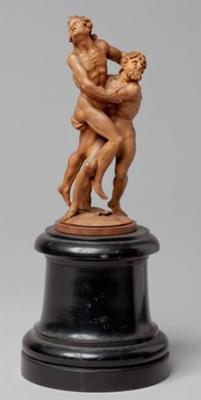 2 Landesarchiv Schleswig, Abt. 7, no. 5906: Kirche in Friedrichsberg 1650-1675. Akten Dui-Den, 17. The testimony, in which Zwergius clearly tried to defend his way of behaving, was addressed to the chancellor (Kielmann von Kielmanseck).

3 Schmidt 1917, p. 87 mentions that Cornelis had to pay a fine for scolding on one Hinrich Polack.