7.2 The Game Piece as Decorative Art

By the late 1600s, Jan Weenix had completed several large paintings for wealthy Amsterdam merchants, such as the series commissioned by Jacob Henriques de Granada (c. 1648-before 1700) for his house on the Nieuwe Herengracht, of which the central piece is now kept in the Scottish National Gallery [7].1 This important series, which precedes his later German commissions, may have been seen by German patrons. It is important also because it is the only series that is known in its original location as professional photographs were made before its dismantling in the 1920s [8-9]. In the original Amsterdam setting, the Edinburgh painting formed the centerpiece; it depicts the only hunting trophy of the ensemble.

In 1923 the series was sold in its entirety to the American press magnate William Randolph Hearst (1863-1951) and the immense Edinburgh painting, which measures 344 x 323 cm, was eventually bought by Paramount Studios in Hollywood, where it was used as a backdrop for films. It appeared in the late 1940s as part of the decor in two movies with actor Bob Hope [10-11]. 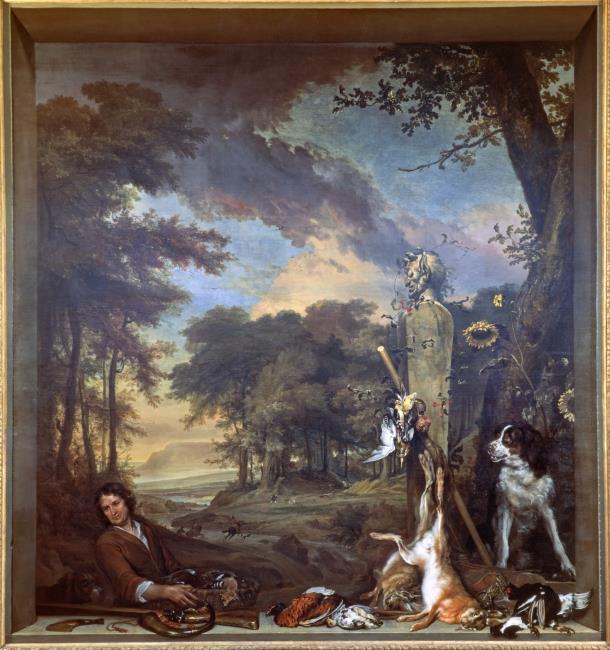