6.1 Marriage to Juriaen Pool I

Rachel Ruysch was born in The Hague. In her early childhood she moved to Amsterdam, where she lived and worked for the rest of her life. In 1693 she married the portrait painter Juriaen Pool II (1666-1745),1 son of a silversmith from Silesia, now Poland. By that time, she was already a successful painter. Remarkably, she continued working after her marriage, managing to raise 10 children alongside her creative output.

Juriaen Pool II’s connections to German-speaking countries was twofold: firstly, through his family’s ancestry, and secondly, through his own travels through Germany. From the age of three, Pool grew up in the Burgerweeshuis, the richest orphanage in Amsterdam [1]. While his brothers served on VOC-ships sailing to the Far East, Jurriaan trained as an artist and became a painter, which was a highly unusual fate for an orphan. When he was old enough, he left the orphanage and took a trip to Germany. Although his exact route and destinations are unknown, apparently ‘Duytsland’ was an interesting and affordable destination for an aspiring young artist to improve his skills. Having left the orphanage on the 3rd of April 1688, he spent two and a half years abroad, returning to Amsterdam on the 23rd of November 1690, where he registered as ‘poorter’. Compared to his wife, Juriaen Pool was certainly less successful as a painter. Only 15 of his paintings (mainly portraits) are still known today, as well as two drawings (attributions) and four mezzotints. Most of the portraits depict his father-in-law, the anatomy professor and founder of the Amsterdam botanical gardens Frederick Ruysch (1638-1731) [2], and his circle.

Pool’s father, the silversmith Jurriaan Pool I (c. 1618-1669), was one of the many artists who migrated from Northern and Eastern parts of Europe to Amsterdam during the Dutch Golden Age.2 It was partly due to these German, Baltic and Scandinavian migrants that Amsterdam was able to develop into the internationally famous metropole it still is today. Many of these immigrant artists are now regarded as representatives of the Dutch Golden Age, but they also represent the first wave of immigrants from the east. Jurriaan Pool I first registered as ‘Jeurian Polen van Schweijnits’ (of Schweidnitz), a name that developed into ‘Pool’ over the years, a direct reference to his Eastern European origin. He became famous in Amsterdam for the exquisite silver medals he made, depicting important historic events [3-4]. In short, Rachel Ruysch was married to a second-generation Polish migrant. 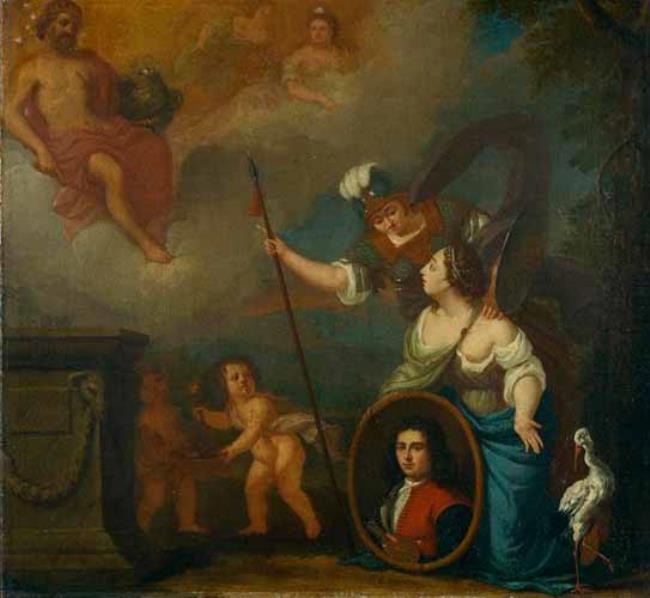 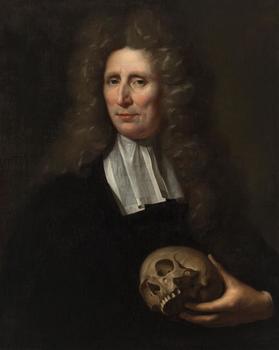 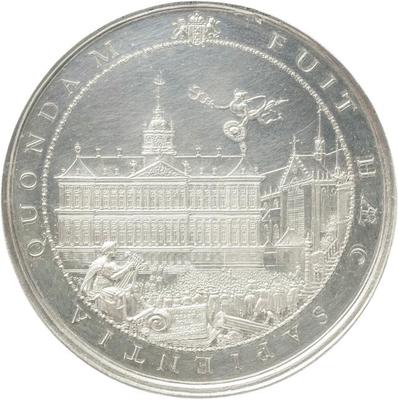 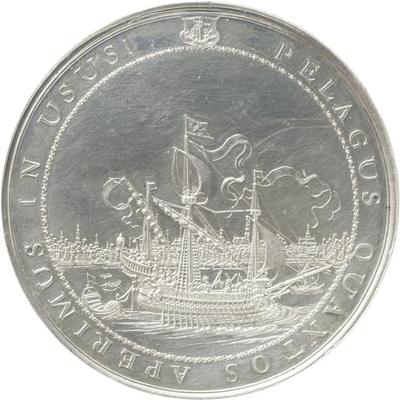 4
Jurriaan Pool (I)
Vessel sailing to the right, looking back at a successful journey, with the Amsterdam skyline, 1655
silver 71 x 71 mm
all around : PELAGUS QUATOS APERIMUS IN USUS
Haarlem, Teylers Museum, inv./cat.nr. 00626

2 Koldeweij 2016. Paradoxically, after being based in Amsterdam Jurriaan Pool I was commissioned to design a series of international coins (which could be used in the Netherlands and Germany) for the County of Mark and the Duchy of Kleve by Friedrich Wilhelm I, Elector Palatine in Brandenburg. Koldeweij 2014.