4.5 Art and Artists in Mecklenburg in the 17th Century

The years around 1600 saw huge changes in the cultural climate of Mecklenburg. Johann Albrecht I had died in 1576 already, his son Johann VII in 1592. When Johann Albrecht's brother Ulrich died in 1603, the two grandsons of Johann Albrecht, Adolf Friedrich I and Johann Albrecht II, were still minors. For a few years the youngest brother of Ulrich, Karl, would rule Güstrow and act as guardian of the two young princes. But the fruitful competition between Schwerin and Güstrow was over.

The leading artists, too, had died in the same few years around 1600. Philip Brandin had left for Denmark in 1590 and died there in 1594, and the two painters Peter van Boeckel and Cornelius Kromeny both died in 1599. Furthermore the political situation had deteriorated badly. In 1621, the nobility finally was successful in its attempt to split the country between Schwerin and Güstrow, a measure that, in spite of the competition, had been avoided by the dukes. On top of that, the Thirty Years’ War had started in 1618 and it soon reached Mecklenburg. The dukes, Adolf Friedrich I and Johann Albrecht II, tried to stay neutral, but soon Mecklenburg was used by different European powers as marching grounds and draft reservoir for their troops. In 1628, both dukes went into exile and for very few years the imperial General Wallenstein was installed as duke. Only after he was murdered in 1631 did the brothers return.

Without going into more detail, it is understandable that Mecklenburg at that time had little to offer traveling artists. There is only one artist with Netherlandish roots who placed himself firmly in Mecklenburg, Daniel Block (1580-1660). He was born in Stettin as the son of a merchant from Utrecht. In 1634, he claimed to have been in the service of the dukes of Mecklenburg for 25 years, which would have meant his starting around 1609. In 1616 he was named court painter to Adolf Friedrich, in 1625 chamberlain. He is known to have worked for both Mecklenburg courts as well as the one in Gottorf and the Danish royal court. All the paintings connected with his name are attributions [36].

His son Benjamin Block (1631-1689) became a well-known portraitist working in Rome, Nuremberg and Vienna where he was knighted in 1684. Twenty years earlier, in Halle in 1664, he had married Anna Catharina Fischer (1642-1719), a painter of portraits and still-lifes, of which, incidentally, the Schwerin museum holds a fine example [37]. 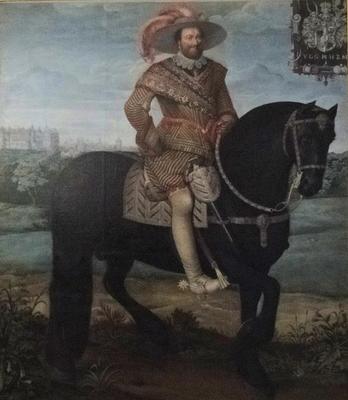 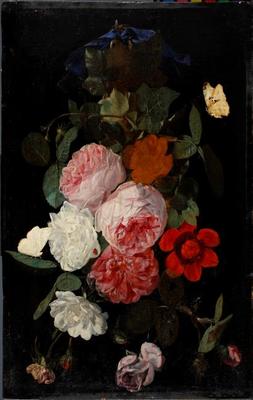