The complicated specifics of the double rulers over Mecklenburg that sparked the many commissions do not have to occupy us here. It is enough to state that both Johann Albrecht and Ulrich had important dynastic reasons to want to mark their princely magnificence through building and artistic projects. This is also concerning painting. Already in Wismar in 1570, the painter Peter van Boeckel I (c. 1530-1599) had become Brandin's neighbour. Van Boeckel's family originated from Antwerp but was living in Hamburg when he started to work for Mecklenburg in 1561. Like Brandin, Van Boeckel too first worked for Johann Albrecht, painting the interior of the church of Schwerin castle, gilding parts of the altar and decorating the apartment. He went on to paint portraits of the ducal family [25]. In the wake of Johann Albrecht's death in 1576, Boeckel also worked for Duke Ulrich [26].

Another important painter at Ulrich's court was Cornelis Kromeny (active 1571-1598). Kromeny made his first appearance with a work in the Hamburg Petrikirche, the epitaph for Petrus Galbius dated 1574 [27].1 Two years later, in 1576, he was on Ulrich's payroll in Güstrow. He seems to have died in 1599. Interestingly, his salary was reduced for the year 1596/97 because he was said to have been away for eight weeks in the Netherlands. This is a welcome indication that Netherlandish artists abroad, even if in court positions, still stayed in touch with their networks at home.

While we are mostly aware of Kromeny's portraits, one of his earliest works is perhaps his most important one, the altarpiece for the church of Rühn, signed and dated 1577 [28]. Duke Ulrich had turned the chapter church in Rühn into a ladies' seminary church and gave it to his wife Elisabeth of Denmark in 1575.2 This transition was marked by commissioning a new pulpit, an organ and an elevated squire's pew as well as a new tryptich for the high altar, the latter doubtlessly the epitome of the refurbishments. Kromeny in the late 1580s also painted eight larger-than-life portraits of Ulrich and his forebears, among them the double portrait of Ulrich's parents, Albrecht VII and Anna of Brandenburg and the magnificent portrait of Ulrich himself, dated 1587 [29].3

As was usual even in the Netherlands, both Boeckel and Kromeny as court painters became also occupied with a host of other obligations apart from creating artworks. For instance, Kromeny supplied frames for his own paintings, designed title pages and painted flags to be hung from bugles and other petty work,4 while Boeckel painted geographical maps on canvas. The altar in Rühn may be Kromeny's most important work for art history, while one of his latest works, the genealogy of the Dukes of Pommerania, must be his largest [30]. The canvas, signed and dated 1598, in the Szczecin National Museum is almost 7 meters wide. As Carsten Neumann has pointed out, it too must have been a commission by Ulrich, probably a gift from Güstrow to the Pommeranian court from which his second wife Anna originated.5 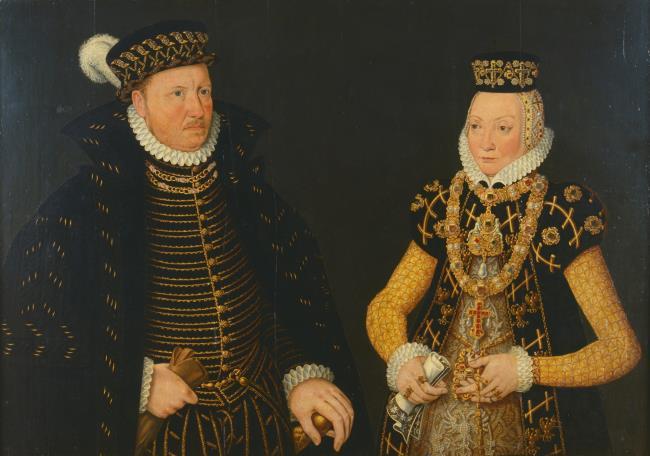 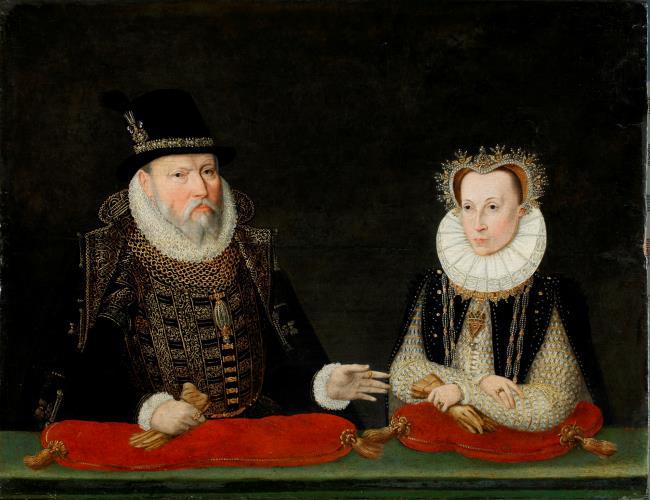 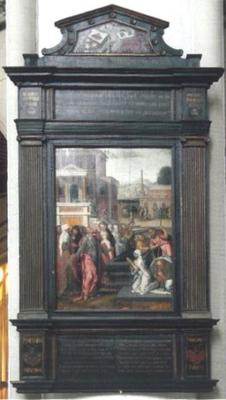 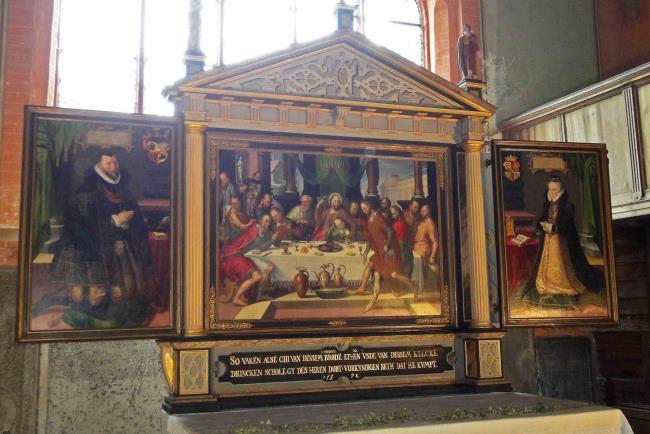 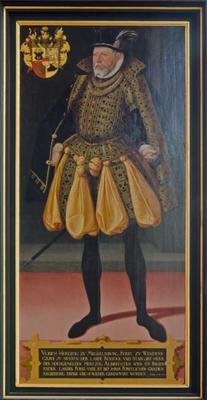