2.1 The Historical Circumstances of Gerson’s Book

The Ausbreitung und Nachwirkung der holländischen Malerei des 17. Jahrhunderts was Gerson’s response to the prize question (prijsvraag) set by Teylers Tweede Genootschap (otherwise known as the Wetenschappelijk Genootschap) in 1936. The question in short read ‘eene studie over de Expansie der zeventiende-eeuwsche Hollandse Schilderkunst’,1 on the expansion of Dutch, properly Holland’s, painting. Whether or not it was intended as such, in the mid-1930s any question that was framed in such terms that evoke a national school of painting and its spread can be associated with a major topic of the time. This was the emphasis on the importance of the national. Far from being a simple, neutral academic interest, although scholars paid attention to the issue too, this concern was expressed as nationalist ideology in many political and social movements throughout the world. In Europe the seizure of power in Germany by the Nazis in 1933 is but the most noteworthy outcome of these developments. Scholars in many fields in many countries were interested in national questions. During the 1930s the national character of art was much discussed by art historians. The origin of national styles in art (die Entstehung nationaler Stile in der Kunst) was a major theme of the Thirteenth International Congress of the History of Art held in Stockholm in 1933.2 While many speakers treated this question in a seemingly objective manner, scholars from several countries took an overtly nationalistic or chauvinistic tone. For example, two prominent German professors delivered lectures of which Joseph Goebbels could have approved. These were Albert Erich Brinckmann (1881-1958), the Berlin ordinarius who joined the Nazi party in March 1933 and was close with the government, and the Munich ordinarius Wilhelm Pinder (1878-1947), who never joined the party, although he was an extreme nationalist, an admitted early admirer of Hitler, a contributor to the Führer’s Festschrift, and a government-sponsored lecturer in regions occupied by the German armies during the Second World War.3 As Gary Schwartz has pointed out, in his lecture at the Congress Pinder exploded his own pretense to rational objectivity in the consideration of the national character of art when he asserted a priori that the ‘Ausdruck “deutsch” bis zu fast mathematischer Deutlichkeit geklärt werden kann’ (term ‘German’ can be explained with almost mathematical clarity).4

The venue chosen for the conference where this paper was given (the Rijksmuseum) suggests that the Netherlands were also not immune from nationalistic approaches or excessive concerns with the national in art history. Jochen Becker has demonstrated that the Rijksmuseum was constructed and decorated as a monument to the Dutch nation, seen in the context of a view of world history.5 From the time of the construction of this building in the 1880s through the 1930s (and beyond), the question of the national character of Dutch art was not only represented in brick and stone, but constituted a major concern of Dutch art historians, as Eddy de Jongh has persuasively argued.6 During the 1930s and early 1940s right-wing art historians gave voice to an even more extreme (and Anti-Semitic) view of the essence of Dutch art. As Schwartz and De Jongh have shown, even scholars who were not right-wingers, and opposed the Nazis, could express chauvinistic opinions. Schwartz points to J. Q. van Regteren Altena’s inaugural 1937 lecture as professor in Amsterdam, De Opdracht (The Assignment), in which Van Regteren Altena concluded by expressing his belief in the superiority of Dutch art as an expression of Dutch national identity.7

Gerson’s book appeared in 1942, perhaps one of the darkest years both in Dutch and in world history. In 1942 the Axis powers, whose nationalistic aggression had led to the outbreak of the Second World War, reached their greatest expansion, and the Final Solution (to exterminate all Jews) was coordinated and effectuated. In these circumstances it may seem all the more remarkable that Gerson’s book could even have been published, considering who the author was and what the themes were with which he dealt. Gerson had been born in Berlin, but he became a Dutch citizen in 1940, only one week before the Germans invaded. And although his family was apparently assimilated, it had a Jewish background. After he completed his dissertation in Göttingen in 1932, Gerson left Germany for good, apparently because of growing Anti-Semitism and reduced opportunities for finding work. Although the answer to the question of why he ultimately settled in Holland and worked there from the 1920s is unclear, this explanation accords with the fate of two of Gerson’s distinguished Göttingen teachers, Sir Nicholas Pevsner (1902-1983) and Wolfgang Stechow (1896-1974), who both had to leave Germany soon after Gerson did, even though Stechow was also a practicing Lutheran.8 Gerson’s position in Holland must have been precarious after the German invasion, especially in view of the promulgation of the racist Nuremberg Laws of 1938 and the introduction of the ‘Final Solution’ in 1942. And although Gerson’s assumption of Dutch citizenship may have prevented him from being drafted into the Wehrmacht, his abandonment of German citizenship could also have attracted negative attention. Non-Jews who were of prominent Junker background but who had renounced their German citizenship to become Dutch still had trouble with the German occupiers, and even had to hide from the Gestapo.9 As far as publishing is concerned, distinguished Jewish professors (notably Paul Frankl) found difficulties having their books printed or even kept in libraries in Germany, especially after 1938.10

Gerson’s treatment of Dutch artists in relation to German artists could also have raised unwelcome attention. His book appeared at a time in which German attitudes toward art in the Netherlands was exemplified by plundering art owned by Dutch Jews, establishing a German institute for art history in the Low Countries, and annexing Netherlandish art as they did the country as a whole. These actions were part of an effort to ‘Aryanize’ Dutch culture, that is to make Dutch into good Aryans, as is discussed in a recent book on art history in the occupied lands.11 Part of this program involved the elimination of Dutch Jews. Yet Gerson was not only non-Aryan, to use Nazi language, but specifically rejected the effort to consider Dutch art as German. In fact, he somewhat ironically quoted Pinder in support of his argument to this effect that Dutch art was not German.12 Gerson might perhaps have expressed his opinion of Pinder’s views differently, had he heard the lectures the German professor gave in Amsterdam and elsewhere in 1941, when he talked about the close relation of Netherlanders and Germans, and said it had long been recognized that Van Eyck was German.13 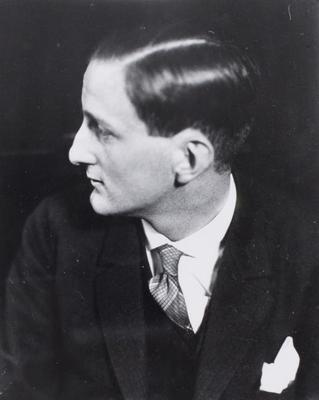 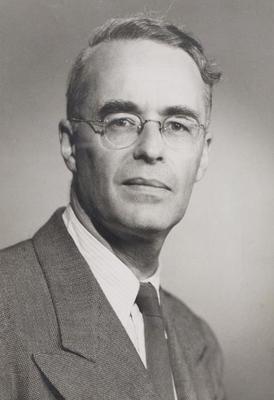 Although Gerson shared some of the racially charged attitudes of his time, as suggested by his reference without any hesitation or further explanation to the ‘Stammesverwandtschaft’ or tribal relation of Dutch and Flemish art, his book may be considered to have been ‘free from all chauvinism’, as the preface by Teylers Genootschap also rightly suggests.14 Gerson’s approach contrasts with that taken by Van Regteren Altena in 1941 in a lecture subsequently published on De Nederlandsche geest in de schilderkunst.15 While he was perhaps making an effort to buck up the spirits of his students, Van Regteren Altena impressionistically (and chauvinistically) tried to describe an essence (essentie) or character (aard) of Dutch art.16 Gerson’s approach was far from Van Regteren Altena’s. It may well have been the book’s lack of explicitly nationalist statements, and indeed its avoidance of any political stance that allowed it to slip under the radar, as we might say, as well of course as the fact that it was written in German, and that it takes an attentive reader to make it through its over six hundred pages, dense in detail. One notably a-political statement is found in Gerson’s preface, where he says that ‘heightened political tensions made it impossible for him to revisit sites and see works of art’.17 When one considers what happened between 1936 and 1942, and what was probably Gerson’s own situation, this is a remarkable locution.

2 Gerson followed the prevailing ideas of the 1930s on cultural geography. The application of cultural geography as ‘nationales Kunstwollen’ can be seen in various contributions in the proceedings of the congress: Roosval 1933. The ‘Séances Plénières’ section of the congress was devoted entirely to the question of the emergence of national characters in the study of art history.

3 At the 1933 Congress, Brinckmann gave a lecture on ‘Der nationale Charakter in der deutschen Kunst des XVIII. Jhh.,’ included in: Boëthius 1933, p. 15-16. For publications characteristic of Brinckmann’s nationalistic attitude: Brinckmann 1938. Pinder delivered an opening address on behalf of the new Reichsregierung (Roosval 1933, p. 15). Pinder joined the Congress with Brinckmann, and thereafter gave lectures in the International Institute of Intellectual Cooperation in Madrid, and in the 14th International Congress of the History of Art in Bern in 1936. For Pinder, one may refer to: Pinder 1937; Pinder 1940 and Pinder 1944.

8 Pevsner was initially an enthusiast of Hitler's proposals for regenerating Germany economically and for rebuilding its international status. However, after Hitler's ascension to power in 1933, most Jews in academic positions in Germany were dismissed, and Pevsner secured a fellowship in Britain. Sorensen [n.d.]. Stechow served as an assistant curator in the Kaiser Friedrich Museum, Berlin, before he returned to Göttingen (1923-1935). There he taught courses as a Privatdozent with Pevsner. He collaborated as part of the group of German scholars Hofstede de Groot assembled for his new volumes of the catalogue raisonné of Dutch Painting (1923, 1926). Stechow wrote his Habilitationsschrift in 1926 on Dutch mannerism. During the same time he contributed many entries for the 37-volume Allgemeines Lexikon der bildenden Künstler (Thieme/Becker 1907-1953) on Dutch artists. He was appointed Extraordinarius (professor) at Göttingen in 1931. Although a Protestant, because of his Jewish descent he lost his academic position at the behest of the Nazi government of Germany in 1936 (Gerson 1976; Arnold 1975; Walsh 1976).

9 This information is based on personal anecdote from the father of a friend who shall remain anonymous out of respect.

10 The Nazis terminated Frankl's position in Halle in 1934. Upon leaving the university, Frankl returned to Munich and wrote his monumental treatise, Das System der Kunstwissenschaft (Frankl 1938). It had to be published in Czechoslovakia because works by Jewish authors were no longer permitted in Germany or Austria. This 1000-plus-page treatise is Frankl’s fullest expression of his theory of art history according to principles applied to all forms from all periods; the book was among those the Nazis selected for burning (Sorensen [n.d.] A).

11 These issues are among those discussed in various contributions in: Bushart/Gasior/Janatková 2016. See most notably: Kuipers 2016. The pro-Nazi Kultuurraad (Culture Council) was founded in Utrecht in 1941 to control Dutch cultural affairs based on a German model; a Kultuurkamer (Chamber of Culture) was later established to reform Dutch cultural life according to Nazi ideology. In addition to the expulsion of Jewish artists, six guilds were established for other artists who were Dutch; membership was made mandatory.