‘Heimbach is typically a pleasant and receptive German painter from the province, but he was dependent on the approaches of other artists. He emulated the Dutch model constantly, but lacked technical skill and painterly feeling, which make his paintings look a bit dry and unsophisticated’ (in translation).1 Despite these harsh words by Horst Gerson of 1942, Wolfgang Heimbach is now considered one of the most important painters in Northern Germany in the 17th century, and has recently attracted more attention by scholars. The first and fundamental study was a monograph on the artist by Gertrud Schlüter-Götsche, published in 1935, which – given the date – focused on the ‘German character’ of Heimbach’s art, although of course the close relationship to Dutch art was also noted.2 Later studies by the same author and others added much to our knowledge. However, it was not until 1999 that more comprehensive studies by Monika Kindel on Heimbach’s portraits and Christiane Morsbach on his genre painting were published, both based on the authors’ master thesis.3 In 2008 Morsbach published her PhD on German genre painting, including some more information on Heimbach.4

Naturally, this short paper is indebted to these studies, but tries to add some observations. If we have a look at the life and work of Wolfgang Heimbach, three aspects within the theme of this symposium seem very important to me:

a) Heimbach’s work is fundamentally based on Netherlandish models, although the degree of dependence varies. Heimbach also was responsive to Italian or German models.

b) He worked in several countries (the Netherlands, Germany , Italy, Denmark) and adapted his style throughout his career to local traditions. The result is a varied and heterogeneous oeuvre.

c) The variety of styles in his work and the wide range of his travels and are even more remarkable if we take into account that Heimbach was deaf-mute. 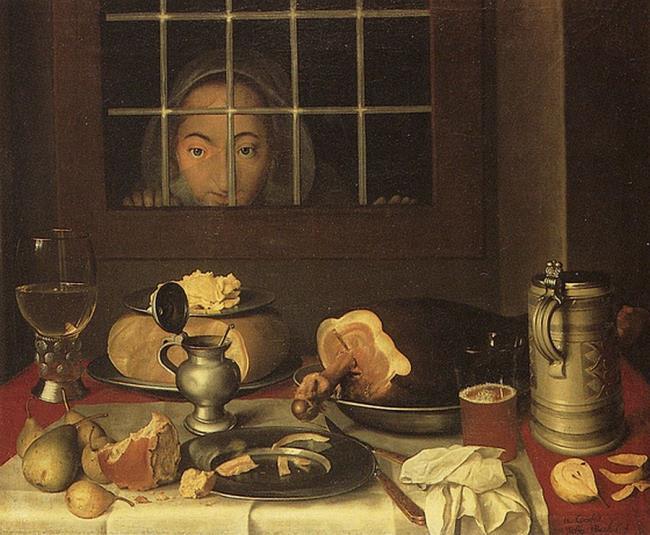 After making some comments on Heimbach’s life, I will give a short survey of his work focusing on the emulation of Netherlandish models and how he adapted these during his travelling life. Finally, I will address the question whether his handicap has had any influence on his art, or – speaking in art theoretical terms – whether his works are as telling as those of other painters.5

5 About the relationship between word and image: Leonhard 2006.