13.6 Flinck and Ovens in the Amsterdam Town Hall

Around 1665, Ovens received a commission for an imposing painting on the theme of Justice [30]. The work was probably installed in the ceiling of the ducal bedroom in Gottorf palace. Its architectural setting recalls Flinck’s large overmantel painting in the Town Hall of Amsterdam, Solomon prays for wisdom [32]. In both paintings we look up to figures on staircases from a low point of view. Flinck’s architecture extends to three sides. Initially, Justice might have had a comparable composition; anyhow, it was cut down on an unknown date, especially on the right. A cloud-filled blue sky is depicted above the cornices, and we see putti figuring in both paintings.

Ovens, who must have been in touch with Flinck frequently, will have studied Solomon in the Magistrates’ Chamber, where it still hangs today. After all, in 1662 he delivered a sizeable Justice, Prudence, and Peace [33] for the Aldermen’s Chamber in the Town Hall and ‘worked up’ Flinck’s lunette in the southeastern corner of the gallery around the Citizens’ Hall, The Midnight Conspiracy of the Batavians under Claudius Civilis [31]. The nautilus cup and the golden jug on the lowest step of Justice are derived from the objects in the hands of the young servant, dressed in red, of the Midnight Conspiracy. A similar jug appears in the right arm of the man at the bottom right in Solomon.1 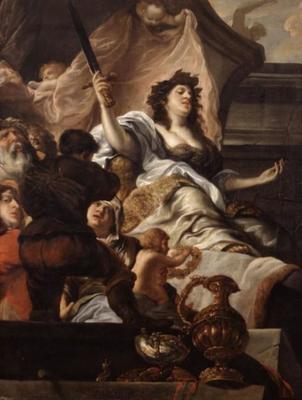 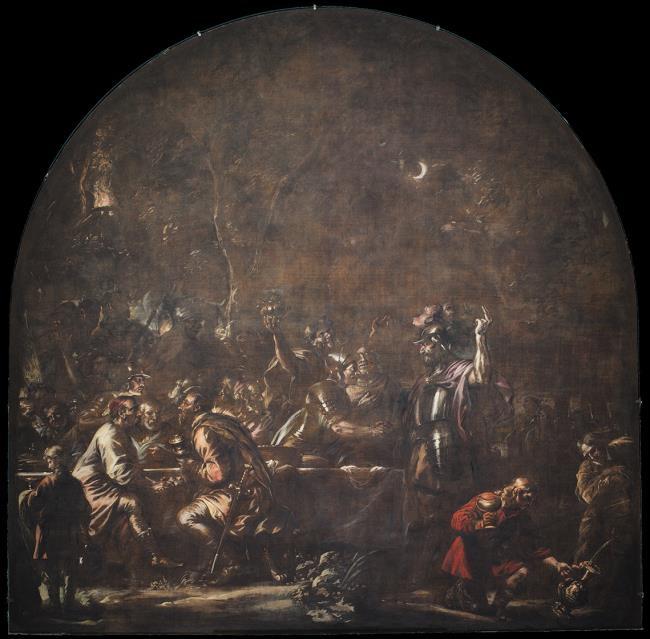 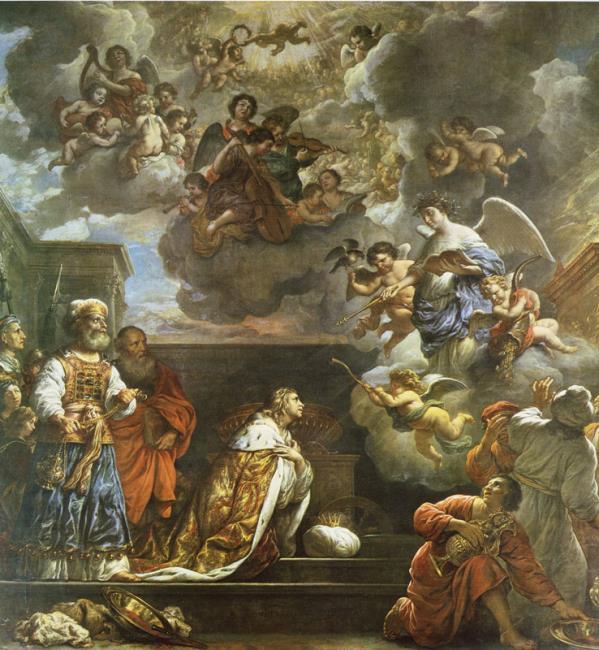 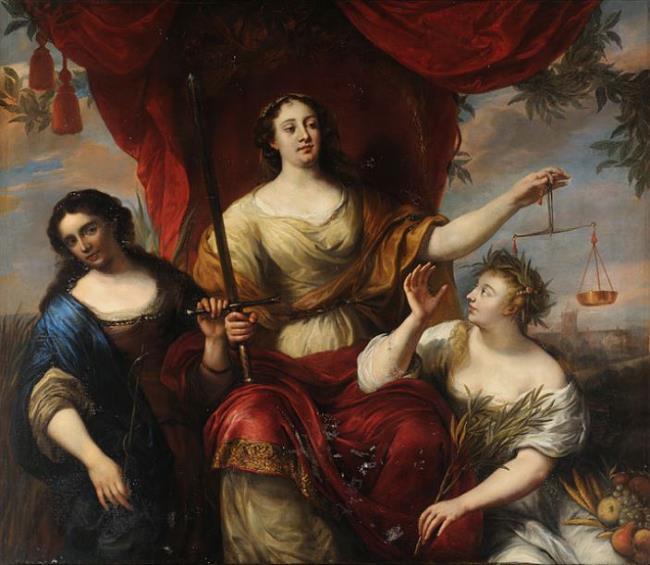