13. The Imitation of Dutch and Flemish Art in Jürgen Ovens’ (1623-1678) Paintings in Schleswig-Holstein

The greatest part of the arts … rests on imitation, and what is more, the whole conduct of our lives consists in our continual and skillful imitation of that which we admire in others. … Painters take notice of the work of their predecessors …1

Although it is not known if the artist Jürgen Ovens was familiar with the above-mentioned quote, it was certainly applicable to him.2 Ovens, originating from the small town of Tönning in present-day Schleswig-Holstein, split his 40-year career by commuting between and working in both the Dutch Republic and Northern Germany.3 The two areas, which traditionally enjoyed a lively cultural and commercial relationship, were very unequal culturally.4 Amsterdam boasted one of the largest art markets in Europe, and the many workshops in Holland turned out art of a high quality and of an immense variety, whereas Northern Germany barely had a painting tradition. This explains why a large part of Ovens’ German painted oeuvre was inspired by works of art that he had studied in the Low Countries – in the German lands at that time, virtually no distinction was made between artists from the Northern or Southern Netherlands. Horst Gerson mentioned in his Ausbreitung of 1942 that Ovens was ‘verholländert’ and one should not underestimate his meaning as a mediator of Dutch cultural heritage.5 Though that last statement certainly is true, Ovens did not become fully ‘Dutchified’. During the periods in which Ovens worked in Friedrichstadt (Schleswig-Holstein), he for instance created the Kielmannsecksche Altar (Schleswiger Dom, 1664) [1], which cannot be considered ‘Dutch’.6

However, that does not prevent Ovens from being an important cultural ‘bridge builder’. Ovens was involved in a ‘cultural transfer’ from Holland to Schleswig-Holstein in a period when Dutch and Flemish painting was at its peak. The Gerson Digital research project of the RKD – Netherlands Institute for Art History studies the dispersal and after-effect of Dutch 17th-century painting.7 In accordance with that aim, some of the most appealing examples of paintings Ovens created in Northern Germany that were based on art of the Low Countries will be treated in chronological order in this essay. Since, roughly speaking, Ovens’ whereabouts from year to year are known to us, it is often possible to determine whether a particular painting came about in Holland or in Schleswig-Holstein.8 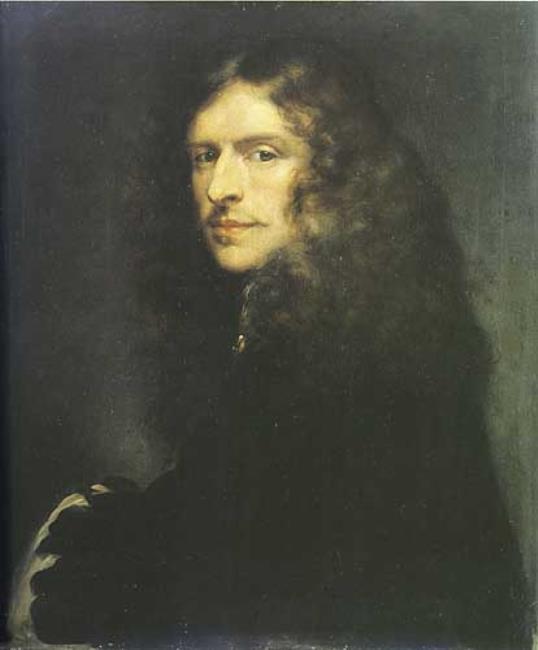 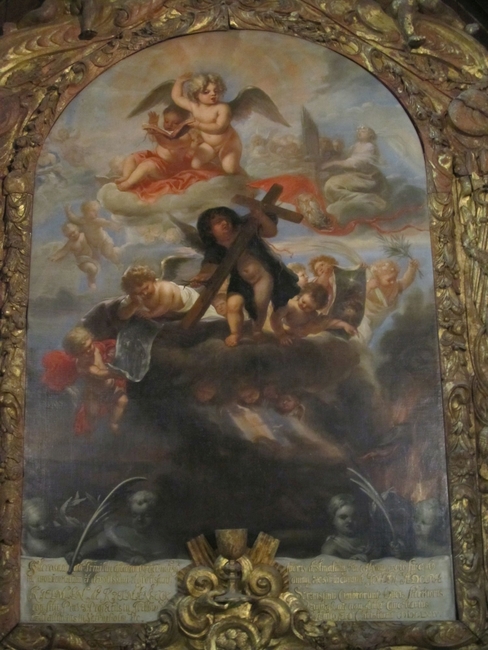 2 This essay is partly based on my lecture ‘The influence of Dutch and Flemish art on Jürgen Ovens’ work in Schleswig-Holstein’, presented at the RKD – Netherlands Institute for Art History in The Hague on 9 October 2017, which was a part of the symposium Masters of Mobility. Cultural Exchange between the Netherlands and Germany in the long 17th Century, organised by the Rijksmuseum in Amsterdam, the RKD and Leiden University. The author is preparing a PhD about the life and work of Ovens under the guidance of Volker Manuth and Rudi Ekkart.

5 Gerson 1942/1983, p. 212-213. Gerson calls Ovens an ‘important person’ in the dissemination of the classical Dutch portrait style and Rembrandt’s chiaroscuro in Northern Germany, without providing concrete examples. About the nature and character of German 17th-century painting and its relationship with the art of neighbouring territories: Roettgen 1991, Tacke 1997, Thimann 2008. Gerson 1942/1983, p. 297 correctly stated that ‘no one will deny that German 17th-century art has a character of its own and is not just a copy of Dutch, Flemish, Italian or whatever art’.

6 Seen from that viewpoint, the title of the 1922 dissertation by Harry Schmidt, Jürgen Ovens. Sein Leben und seine Werke. Ein Beitrag zur Geschichte der niederländischen Malerei im XVII. Jahrhundert, Kiel 1922, is no longer tenable. See Chr. Jobst, ‘Vorwort’, in: Köster 2017, p. 7-9, esp. p. 8. The demands of his most important commissioners in Northern Germany, the dukes of Gottorf (a small duchy between Hamburg and the present-day German-Danish border that existed from 1544 until 1713), Frederick III (1597-1659) and his son and successor Christian Albrecht (1641-1695), differed considerably from those of Ovens’ Dutch clients. Through the works of art created at their court, like Ovens’ sizeable Cycle of the History of Gottorf from 1663/65, the dukes strove to join other leading art centres in Europe, whereas Ovens’ output in Amsterdam, mainly portraits, was primarily ordered by wealthy citizens and, in the civil Dutch society, served a more private goal.