10.4 Somehow Ubiquitous. The Line of Tradition

In Augsburg, where Johann Andreas Pfeffel engraved his Unterschiedliche Landschäfftlein (Diverse small landscapes) – revealing once again in the work’s title how closely he follows his Netherlandish models – we find another example for this kind of publisher’s series in small format (and, it is hoped, at a modest price) [21-24]. 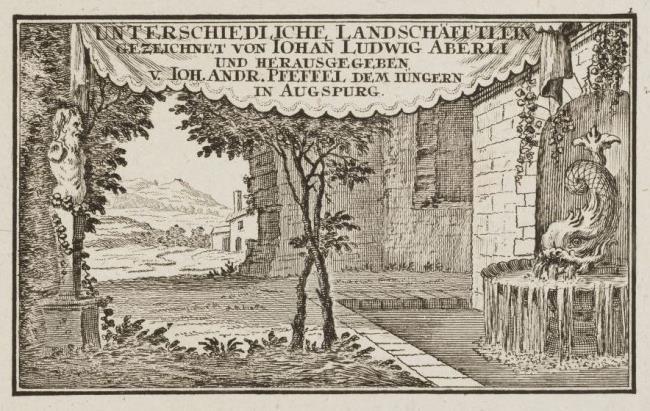 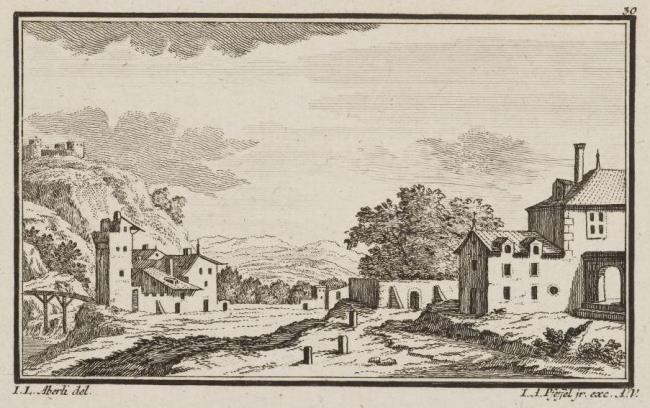 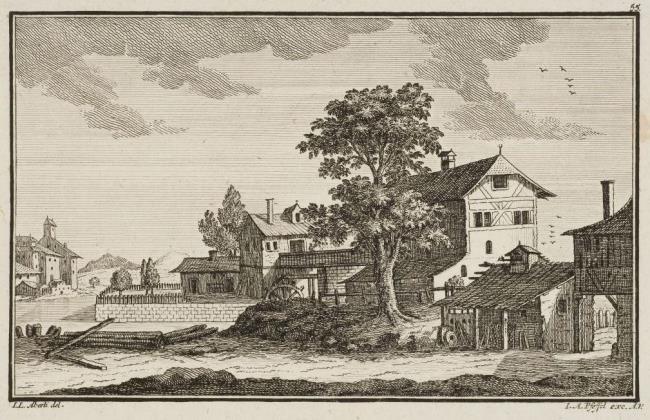 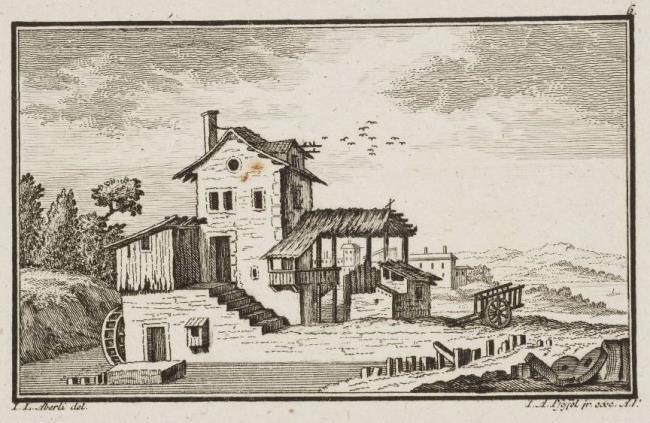 Pfeffel’s landscape prints were made after drawings by Johann Ludwig Aberli, who in turn (and together with Adrian Zingg – before he moved to Dresden to join the newly founded Academy of Fine Arts) published a similar series with views of the town of Berne and country [25-26]. Georg Conrad Bodenehr’s series of six views of Augsburg, also published by Jeremias Wolff and dating from around the year 1700, stands in the same tradition [27-30]. 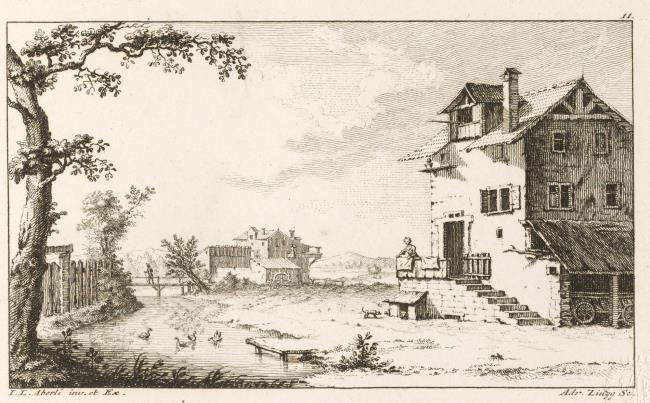 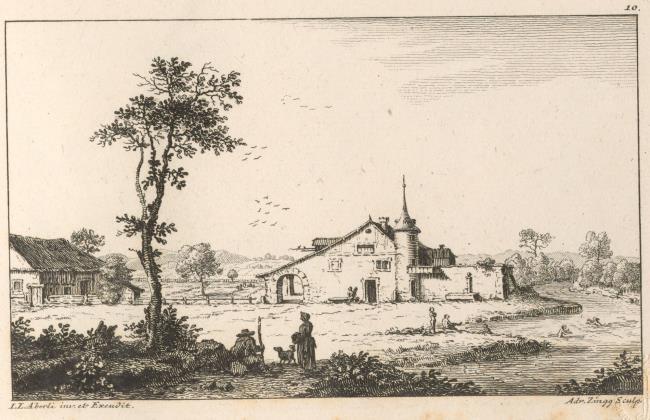 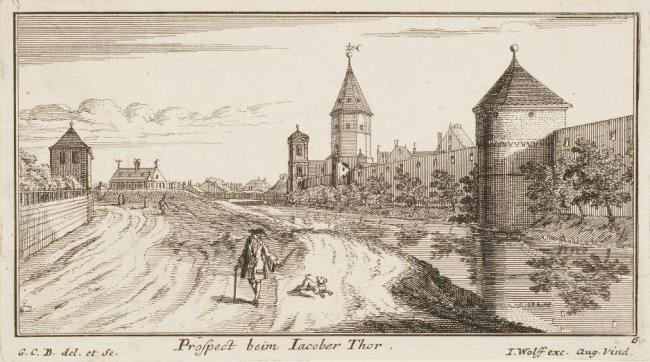 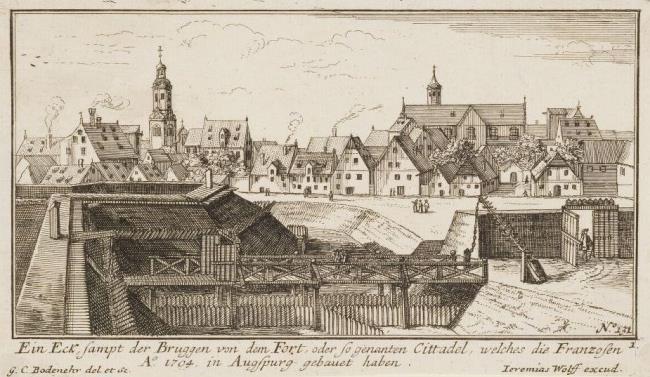 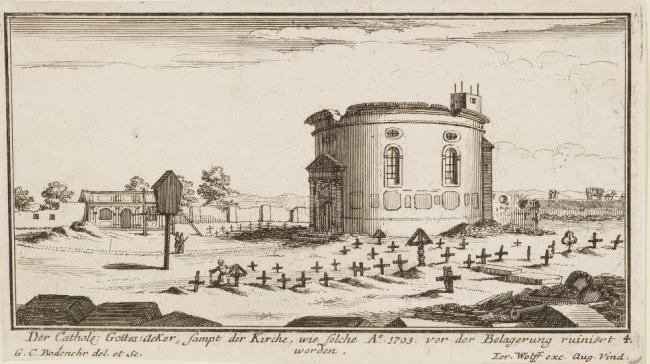 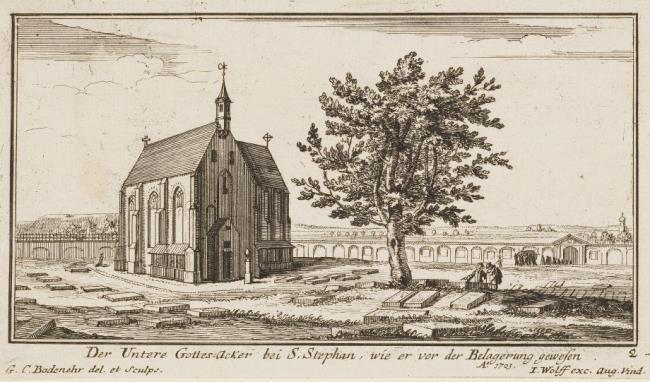 All those views I have cursorily mentioned are somehow ubiquitous, and it is probably fair to say that the 18th century in Germany was the one that produced more series of landscape prints than any other.1 In the series entitled ‘Ansichten aus und um…’, landscape description conveys first and foremost historical and topographical realities. At the same time, it is an outlet for the artist’s creativity (and perhaps even a necessity for living up to one’s own artistic standard).

1 The author of the present essay received her doctorate in 2019 with a thesis on canon formation in the field of landscape painting. The work will be published in 2021 under the title Die 'vornehmsten Meister' der Landschaftsmalerei. Studien zur kunsthistorischen Kanonbildung im 18. Jahrhundert (OLMS, Studien zur Kunstgeschichte) and contains an index of graphic landscape series created until about 1810.