1. Neighbours : Travelling Artists between the Low Countries and the German Lands

The objective of this article is to present a picture of the transnational mobility of artists from the Low Countries in the early modern period and, more specifically, of their mobility to the German lands, including the Archduchy of Austria and Bohemia, based on a statistical survey.1
I will trace the trends and patterns in this mobility until 1800. Furthermore, I will investigate whether or not the mobility of Northern Netherlandish artists differed much from that of their Southern Netherlandish colleagues. Surprisingly, this question has previously not been addressed in art-historical literature.2

In this article all varieties of transnational mobility of Netherlandish artists are taken into consideration, from short trips and educational travels to forced or voluntary migration resulting in temporary or permanent relocation. In social history the words ‘mobility’ and ‘migration’ are often used interchangeably, although migration is also considered as a narrower term of mobility. Nevertheless, the term ‘migration’ is more common, but as ‘migration’ has a connotation of permanent relocation, I prefer to use the word ‘mobility’.3 I opted for the term ‘transnational’ instead of ‘international’ because the artists involved operated in several countries, where they usually integrated as well, temporarily or permanently.4

So far, most recent publications which are dealing with the mobility of artists from the Low Countries before 1800 are case studies or collections of case studies. Leaving aside their great value, the authors lacked crucial information about patterns in the transnational dispersal of Netherlandish artists in general of that period.5 As early as in 1986 the Belgium historian Wilfrid Brulez (born 1927) presented a concise publication with a bird’s-eye perspective in which he provided, among other things, some statistics and overall conclusions on artists on the move.6 By using the structured data of RKDartists& I will refute most of his conclusions and present a different and much more nuanced picture of the geographic mobility of Dutch and Flemish artists until 1800.

A great inspiration for both the RKD as an institution and my own research has been Horst Gerson’s Ausbreitung und Nachwirkung der holländischen Malerei des 17. Jahrhunderts (1942).7 In § 1.1 I will provide the historical background of the database RKDartists&, which was, amongst other things, designed to document the mobility of artists, in the footsteps of Gerson. Although there is no such thing as perfect and complete data in art history of this period, the RKD invests a great deal in data on mobility through the Gerson Digital program (best practice strategy), which started in 2013 and is scheduled for completion in 2023.8 In § 1.2-3 I will present the numbers of Netherlandish artists travelling abroad as well as statistics about their most popular destinations over the years. In § 1.4 I will reflect on the reasons Netherlandish artists had to be mobile, before (in § 1.5) zooming in on their mobility to the towns and courts in the German lands. For the sake of comparison, I will briefly sketch the mobility of German artists to the Netherlands in § 1.6, before I summarize my conclusions in § 1.7. 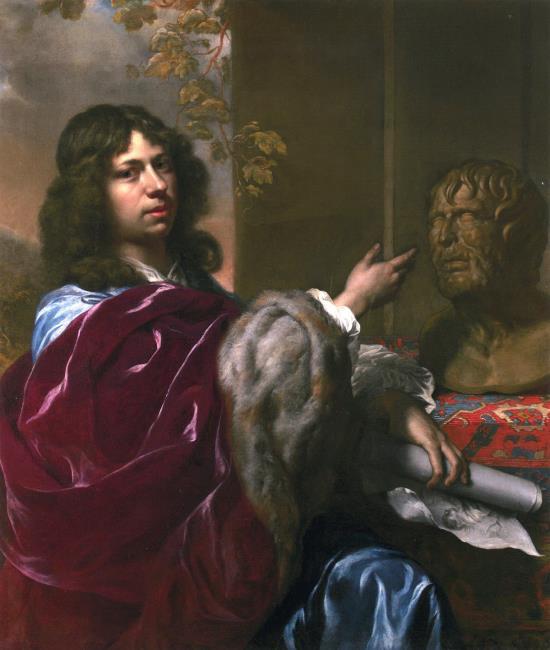 1 This article is an elaborated version of two papers, one presented at the Masters of Mobility symposium and the other at the conference Die Künstlerreise als Medium des Kulturtransfers (12-14-April 2019) in Irsee. It has been published in a slightly different form (Van Leeuwen 2020) and reflects a part of my study Patterns in the Transnational Mobility of Artists of the Low Countries in the Early Modern Period, PhD research Utrecht University, 2019-2023/25 (supervisor: Th. Weststeijn). I thank Cuth Earl for editing my English.

2 Especially in the last 30-40 years, Dutch and Flemish art have often been treated as one cultural entity with local style distinctions. Nevertheless, apart from religious divergences, there were major political differences between the two regions, especially after 1585. The recent exhibition 80 Years’ War: The Birth of a Nation in the Rijksmuseum emphasized the deep division that arose between the Northern and the Southern Netherlands (Van der Ham 2018).

4 For a useful discussion on the terminology, including ‘cultural internationalism’: Deveraux/Griffin 2006.

8 In my dissertation I will include a chapter on the biases of the data and how I deal with them. One bias is the under-representation of artists from the Southern Netherlands (see also § 1.2). Unsurprisingly, women artists, who were largely kept out of the guilds, are under-represented. Even if their numbers would increase in the database, it is not to be expected that many of them travelled. In the migration literature it is generally accepted that women who migrated, usually covered shorter distances than men (Lesger 2006, p. 19-21). On the mobility of women artists between the Netherlands and Germany, see § 1.5.